Anyone can setup a fundraiser for Victoria Siegel Foundation. It's quick and easy! 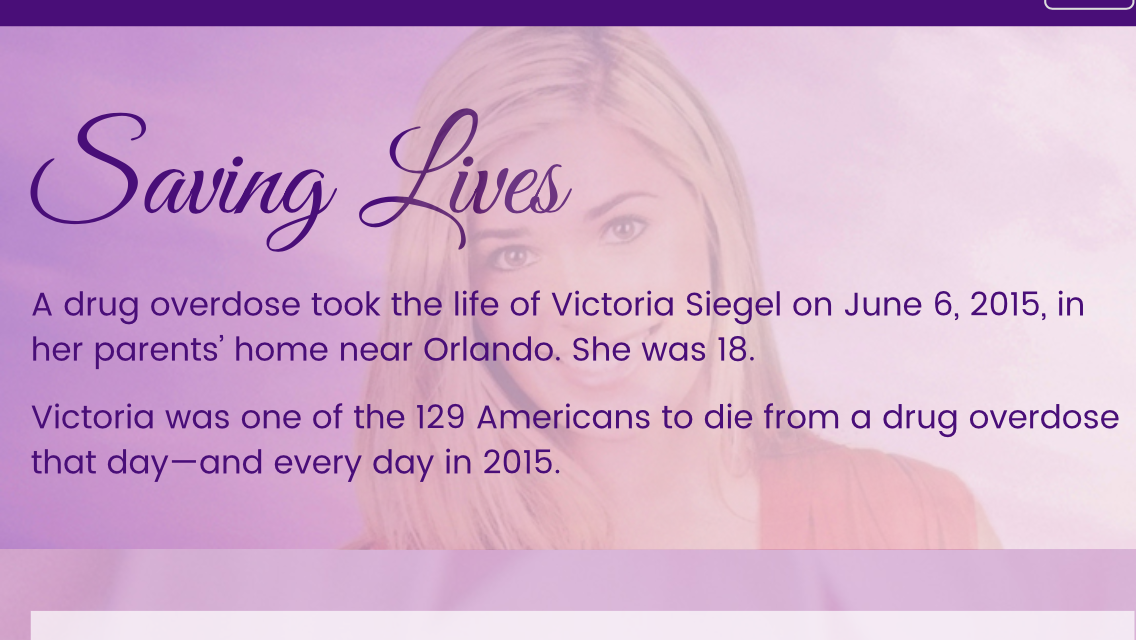 On June 6th, 2015 Victoria Siegel was found dead in her parent’s home after an opioid drug overdose at the age of 18. It is now Mr. and Mrs. Siegel’s life mission to raise awareness and try to bring an end to this pandemic.

In 2014 alone, more than 47,000 Americans died from an overdose, driven by a surge in prescription painkiller (opioid) and heroin abuse. That’s almost 130 deaths a day.

Why is this important to me?
In November 2015 I found out that my husband had been secretly battling a drug addiction to prescription pain killers, I did not find out about it until he hit a very low point and had become a non-functioning addict. We were then able to get him the professional and medical help he needed and he has since been sober for over 18 months. I had no idea that something like this was so close to home and I am blessed that I did not have to find out the hard way. Too many families find out about a drug addiction in their family after it is too late, and an overdose or death has occurred. It is my mission to raise awareness and help as many people as I can before it is too late.

It also happens that “Victoria’s Voice” is the national platform of the Mrs. America Pageant, and as Mrs. Idaho America's 1st runner-up my goal is to raise $5,000 by June 2017.

If you know any persons or businesses that would like to get involved by sponsoring one of our fundraising events, donating items for the live auctions, or donating their time please have them contact me at 208-921-087.

Thank you for your help and God Bless!

The scope of the drug-abuse issue is inescapable and touches everyone in our country. An estimated 24.6 million Americans, age 12 or older, have used an illicit drug in the past month.1 This epidemic is particularly detrimental to the lives of our children.

In 2014, more than 47,000 Americans died from an overdose, driven by a surge in prescription painkiller (opioid) and heroin abuse. Since 2000, the overdose death rate from opioids has increased a staggering 200 percent.3

Another way to think about it? Almost 130 people die every single day from a drug overdose. It’s a national crisis.

Stand with us as we fight this epidemic that is robbing America of an entire generation.